COLLEGE OF MEDICINE AND HEALTH SCIENCES Welcome to the College of Medicine and Health Sciences (CMHS).

We have established priorities in four distinct areas: (1) undergraduate education that enables our graduates to continue training in top international centers,(2) continuing education and professional development for all health care professionals consistent with the need for lifelong learning to serve patients and society,

Why Choose the College of Medicine and Health Sciences Our elite team of professors and researchers have graduated from highly reputable international universities. Doctors are seen as symbols of dignity, responsibility and service to the community. Members of the local community are aware of the hard work and sacrifices that a medical professional goes through to maintain standards. Therefore, doctors’ opinions regarding the welfare of the community are taken into consideration, as is their exemplary behavior and moral standing. This places additional responsibilities on doctors, but highlights the fact that medical professionals are  leaders of the local community. The end of your medical studies does not mean the end of your learning. The CMHS provides its students with the chance to participate in summer research work. This can be either in the college, with senior research professors, or overseas working in well-known international laboratories. The CMHS at UAEU offers students 4-8 week electives that involve studying abroad away from their home medical school. Most students use this opportunity to travel, to experience another culture, to take part in relief work and to see how medicine is practiced in other countries. The UAE has a highly developed health service, including a sophisticated physical infrastructure of well-equipped hospitals, specialized clinics and primary care centers. Health care in the UAE is provided by over 70 public and private hospitals. Also, as the population increases, UAE society needs more doctors who can serve the country. In most cases, medical students find jobs immediately after graduating The CMHS offers a host for student clubs, organizes many field trips and has a wealth of extra-curricular activities to enrich your university experience. The College of Medicine and Health Sciences provides its students with world-class facilities that include an imaging unit, an analytical and molecular unit, a cellular biology facility and an animal vivarium unit. There is also an animal research facility, a dissection laboratory, a medical simulation center and an evaluation and assessment center. Many students consider working with people as the primary reason to study medicine. Medicine is the right choice for you if you are a people person. Empathy is the key to good quality healthcare and patient satisfaction. In addition, there are courses throughout medical school, which help to refine your bedside manner while still being open and straightforward. This is not only necessary when dealing with patients but also with their families. 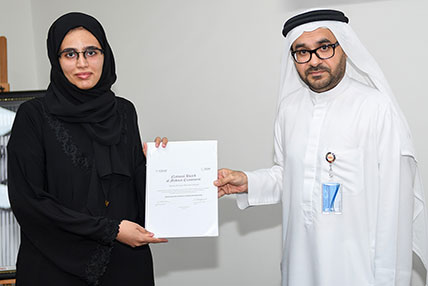 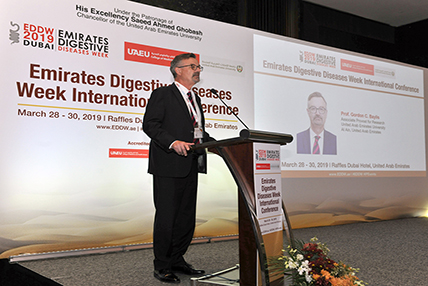 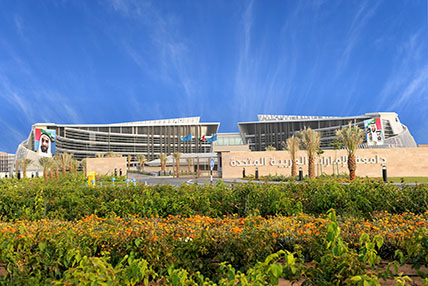 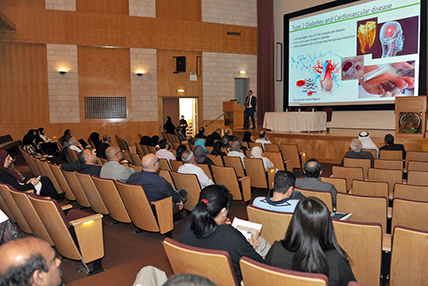 UAEU organizes a Scientific Conference on "Diabetes and Cardiovascular Diseases" 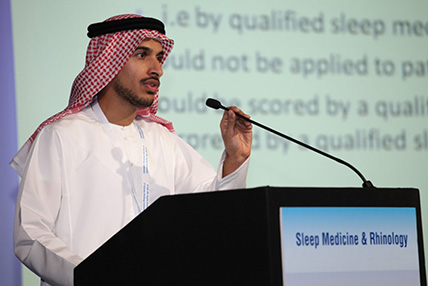 Enhance your Research with EndNote: A Reference Management Software Program MERS and CCHF: Update on two deadly zoonotic viral diseases in the UAE. Preemptive Pharmacogenomics in psychiatry: If not now when? The emerging role of inwardly-rectifying K+ channels in the pathophysiology of autism. Comparison of pain and bruising levels after lip augmentation procedure. He was the recipient of the Presidential Citation Award awarded to him by the American Academy of Dermatology for the promotion of excellence in the field of dermatology in 2016 and 2018. In addition to being a guest on numerous TV shows, Dr. Galadari has hosted his own; on Rotana Khalijiyah and on Dubai TV. He has been listed in Ahlan Magazine’s “40 under Forty” most influential Emirati individuals.

The Associate Professor of Internal Medicine at the College of Medicine and Health Sciences of United Arab Emirates University (UAEU) main area of interest is cosmetic dermatology, particularly the field of soft tissue augmentation, where he currently holds a patent. He has lectured in numerous international congresses, published in many peer reviewed journals, authored book chapters as well as writing a best-selling textbook on the subject.

In his spare time, you may find Dr Galadari spending time with his family; his wife, 2 sons and 2 daughters, or in a cafe reading a book.

Professor, Department of Microbiology and Immunology Professor Basel Al-Ramadi first encountered immunology during his undergraduate studies at Edinburgh University some 30 years ago. At that time, immunology as a medical discipline was still going through a formative process. Despite the relative immaturity of immunology, Professor Al-Ramadi was fascinated by the intricacies and potential impact of immunology on disease. He decided to pursue a postgraduate degree in the subject. It was a fortunate decision as he was then closely involved with the revolution in immunology that took place. Following his Ph.D at Temple University School of Medicine, he joined the laboratory of Professor Charles Janeway Jr. at Yale University, as a postdoctoral fellow. This shaped Professor Al-Ramadi’s career as the Department of Immuno-biology at Yale was arguably one of the most influential immunology departments in the world. For the next seven years he was fortunate to work alongside 200 immunologists and witness many exciting discoveries in the field.

After Yale, Professor Al-Ramadi’s arrival at the College of Medicine and Health Sciences at the United Arab Emirates University twenty years ago represented a huge challenge and an even bigger opportunity. The challenge was to continue working in a highly competitive field at a relatively young institution. The opportunity was to utilize his experience to develop immunological research in the UAE. The record shows that this has been a success. The CMHS cooperates with Tawam Hospital and other international immunologists in order to further studies in immunology. Their first breakthrough was double-blind, controlled clinical trials. They also established a strong translational cancer immunology research program in the CMHS. Along the way, partnerships have been forged with colleagues from Yale University, Harvard University, Institut Pasteur, the University of São Paulo, New York University and the University of Vermont.

The research focus in Professor Al-Ramadi’s laboratory is on how the immune system can be modulated to the benefit of the host in diseases such as cancer, autoimmunity and microbial infections. These investigations have received more than AED 4 million in grants, which has helped to train more than 30 MSc./Ph.D students, immunology fellows and undergraduate medical students. They have also published nearly 80 articles in top scientific journals. These include the Journal of Immunology; the Journal of Allergy and Clinical Immunology; Frontiers in Immunology; Cancer Immunology and Immunotherapy; the Journal of Clinical Investigation Insight; The Lancet, Frontiers in Oncology; Nanomedicine: Nanotechnology; Biology and  Medicine; Nanotoxicology and Nature Genetics.

Basel is married to Maria Fernandez-Cabezudo, an associate professor in the Department of Biochemistry at the CMHS. They have one son, Khalil, who is completing his Ph.D studies in the USA. Basel enjoys reading, swimming, dining with friends and traveling. Diving has always been a defining element of Professor Chris Howarth’s life – in fact, it was what first brought him to the UAE three decades ago.

These days, however, he dives into the depths of research, rather than oceans – research which aims to unlock new discoveries surrounding critical health issues.

Now based in the Department of Physiology of the College of Medicine and Health Sciences at United Arab Emirates University, Chris amassed an entirely different set of life experiences before entering academia and science. His previous career was in the commercial diving industry, where he spent much of the 1980s after completing his training in the UK coastal town of Plymouth, and which gave him his initial taste of life in the Middle East.

Having taken up a role as a manager for a commercial diving company in Abu Dhabi, Chris became well acquainted with life beneath the waves in the offshore oilfields of the Arabian Gulf. However, toward the end of the 1980s, he decided the time was right for a career change, returning to his home country of the UK and obtaining a Bachelor of Science degree, with first-class honors, in physiology and biochemistry, a PhD in Cardiac Physiology (supported by a Prize Studentship from the British Heart Foundation), and two postdocs from the University of Bristol and the University of Leeds.

For more than 15 years, a key focus of Chris’ laboratory has been understanding the cellular basis of electrical and mechanical defects in the diabetic heart. This focus has two strands: the effect of diabetes on the generation and conduction of electrical signals; and the effect of the disease on cardiac muscle function.

The heart’s electrical and mechanical function is often compromised by diabetes - one of the most serious national, regional, and global health issues, estimated to affect 415 million adults in 2015, and predicted to affect 642 million by 2040. Over a million diabetes cases were reported in the UAE in 2015, and cardiovascular disease represents the major cause of morbidity and mortality in patients with the condition.

Chris has also received numerous awards for his research, including the Sheikh Hamdan Award for Medical Sciences (2002), the Merit Award for Contribution to Student Development (2006), the Dean’s Recognition Award for Distinguished Services to Student Research (2006), UAEU’s Best Interdisciplinary Project Award and Best Individual Project Award (2008), the FMHS Distinguished Research Award (2009 and 2010), and the Best Course and Excellence in Department Teaching Award (2014 and 2015).

Away from the laboratory, Chris, a father-of-three who is married to wife Brigitte, an Associate Professor in the Department of Life Sciences at Zayed University, Dubai Campus, still dives occasionally for fun. He also enjoys training in the gym and swimming. UAEU research project gets to the heart of the matter[...] "The College of Medicine and Health Sciences provides a nurturing loving atmosphere.  Faculty treat students like family. They are helpful and provide guidance whenever it is needed. The social club gives you the opportunity to meet new friends and to relax after a hard day’s work. Other facilities, such as the dissection lab and histology lab, are of a high standard with equipment of the highest quality to aid student learning. I have no doubt that this is the best medical college in the country.” "Our university is the best in the UAE. The curriculum is modern and the timetable is appropriate.  The college library provides new books and up-to-date resources. The faculty are experts in their subject areas and are excellent at both teaching and communicating with their students.”